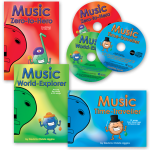 Why Ocarinas are the MOST APPROPRIATE First Musical Instrument for ANYONE

Ocarinas are simply the BEST! Fact.

The evidence is grounded in 34 years of Whole Class Music-making:

The plastic Oc® received the highest accolade of “Best Music Education Product” in the 2015 Music Teacher Awards For Excellence. Three decades of continuous development, rethinking, redesigning, retooling and remaking has brought this musical instrument to the pinnacle of its creation. It remains UK-made under the watchful eye of David and Christa Liggins, whose teaching expertise keeps the needs of both the child in the classroom, and the class teacher, in sharp focus. David and Christa’s child’s-eye-view on the playing of the instrument and their teacher’s-eye-view of methodology give a perspective that has created robust, musical instruments with ready-prepared teaching materials. Read more 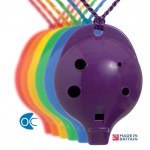 The Importance of Music in Early Years

I’m just back from the excellent MERYC 2017 Conference in Cambridge, where experts from across the world met to share their findings on Early Years Music. They considered what the unborn baby hears inside the womb, how children engage with music during their first few years and how this develops with the help of skilled practitioners. Read more 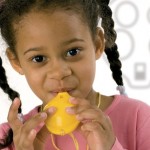 To read or not to read

To read or not to read: that is the question! How important is it to read?

As a primary school teacher, nothing thrills me more than teaching children to read. Reading is a great achievement and a vital lifelong skill. However, reading music can actually be a barrier to making music. How many class teachers can’t ‘read music’ and therefore assume they can’t help their class to play instruments? Singing is fine; playing an instrument involves reading music… or does it? Read more

As a class music teacher in the 1970s and 1980s, my aim was to get all children playing instruments as well as singing – so for me, the TV Coke advert became “I’d like to teach the world to play”.

In teaching whole-class keyboards, guitar and tin whistle with children aged 7 to 14, this ambition was pretty well realised, and the 15 guitars that I bought from Moore and Stanworth’s in Leicester in 1978 are still in use at Winstanley High School, hanging from the pegs where I first placed them 35 years ago (photo evidence can be provided!). Read more

The rationale for teaching with Ocarinas can most easily be described by the acronym ‘KISS’. The KISS Principle, or ‘Keep It Simple, Stupid’, (Rich, 1995) maintains that most systems work best when kept simple, not complicated.

The principle is exemplified by the story of a team of American design engineers who were given a handful of tools, with a challenge that the jet aircraft they were designing must be repairable by an average mechanic in the field under combat conditions with only these tools. Hence, ‘stupid’ describes how things can go wrong, and the level of sophistication needed in fixing them. Read more

Language Acquisition and the Ocarina Code

We invited Christa Liggins, modern language teacher and director of Ocarina Workshop, to explain how her teaching work inspired her learning model…

There’s nothing new under the sun. Take for example product placement. You may think that placing a BMW in a James Bond movie is a relatively recent idea for gaining sales and prestige. Think again.

On 12th July 1887, Alberto Mezzetti received a letter from WIndsor Castle thanking him for the musical composition that he had “kindly sent” to the Crown Princess and the Princesses Victoria, Sophie and Margaret of Prussia. Sending his musical work to Windsor Castle and receiving such a letter of approval was quite a promotional coup. Placing Ocarinas in a War Zone was something else… Read more

Are Ocarinas too simple?

On the Royal Festival Hall stage, the children in the Montagu School Ocarina Group listened eagerly to the adjudicators as they prefaced their comments with “we don’t know how difficult it is to play an ocarina, so it hasn’t been easy to assess this performance”.

This is an ongoing issue with Ocarinas. Are Ocarinas too simple? Do children learn music ‘properly’ with these four-hole wind instruments? Is reading from tablature as acceptable as reading from staff notation? People get hung up on the instrument and its teaching methods, overlooking the quality of music performed – the very thing that should mark a child’s musical progress. Read more