In 1964, when the Beatles boarded a plane for the USA, they did what many touring boy bands have done since, played one-night stands in different venues, introducing their music to thousands of fans.

100 years earlier, between 1863 and 1880, a very different boy band toured Europe and the USA. The ‘Mountaineers of the Apennines’ wowed audiences all the way from Rome to Vienna, and even to the Tsar’s Palace in St Petersburg. These seven young men from Budrio in Italy, dressed in Robin-Hood-style costumes, grabbed their music and Ocarinas and took to the stage playing folk music from home, and classical themes by popular ‘modern’ composers such as Giuseppe Verdi; all in seven-part harmony Read more

When driving into Rutland, England’s smallest county, you are greeted by the sign “Multum in Parvo”. The phrase means “a lot in a little” or “a great deal in a small space” and if you know Rutland, you’ll know that this is an apt description. The county may be the smallest, but it’s a little gem and not to be missed. Read more

What’s in a Word?

The word Ocarina is a favourite with crossword compilers. They like the word because it’s familiar to many people, but few know what it actually means. Ocarina also contains a lot of vowels for its size, which is apparently really useful in the world of crossword creation.

So, what’s in a name? I came across the following and thought you might be as amused as I was by the unexpected rearrangement of letters in the following pairs of words… Read more 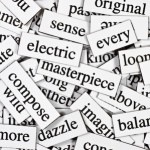 Do you remember painting by numbers? Well we’re going to play music by numbers. So first of all, look at your 4-hole Oc. If it’s not handy, just look at the picture below and see if you can identify…

How many finger-holes does it have? How many different notes can it play?

Okay. We have a 4-hole Ocarina. It plays 11 notes by covering different combinations of holes. Read more 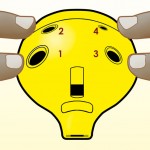